cancel confirm NSFW Votes: (0 votes)
Are you the publisher? Claim or contact us about this channel.
0
Showing article 872 of 4164 in channel 14508536
Channel Details:
Viewing all articles
Browse latest Browse all 4164
0
0

Zakk Wylde has announced the next chapter in the Black Label Society story, Catacombs of the Black Vatican.

The album, the first disc of all new material from the band since 2010’s Order of the Black, will be released April 8.

Wylde also has announced a new tour, "An Evening with Zakk Wylde." The 13-city Canadian trek will feature Wylde and new Black Label Society guitarist Dario Lorina performing intimate versions of some of BLS's most popular songs, plus readings from Wylde's 2012 book, Bringing Metal to the Children: The Complete Berzerker’s Guide to World Tour Domination. You can check out all the tour dates below.

I recently spoke with Wylde about the new BLS album and upcoming tour and got his thoughts on Black Sabbath's Grammy nomination.

GUITAR WORLD: What can fans expect from Catacombs of the Black Vatican?

I think everyone can expect a lot of fun and excitement [laughs]! It was like what Chris Farley did in that one skit, where he was selling that hair-care product. Make sure you always use the word "fun" when you describe it [laughs]!

Someone asked me what the difference was between this new record and the other nine. I told them that it’s basically all of the songs we used on the other nine records, except they've got different titles now [laughs]. It's fun and exciting for the whole family!

How does the idea for a new Black Label Society album begin?

It starts to happen as soon as we get off the road. Once we get to that last backstage is usually when I’ll say, "So, when are we going to start recording the record?" Then shortly after I get home, I’ll get into a writing mode. That’s when I know it's time to start writing a shit ton of fucking riffs.

Once I have something, I'll record it. By the time the fellows come out, I'll already have about 12 actual songs finished. I'll start playing them the songs on guitar, and they’ll come in with drums and the bass. Then we’ll go into a verse riff and start building that. We’ll go through it all a few times and then record it. The melodies will come later on and the lyrics always last.

I had called Nick to tell him about the album and he told me that he was already knees deep into doing his own thing and wanted to stick 1,000 percent into it. I told him it was cool and that we loved him and that he'd always have a home here.

The thing is no one ever gets kicked out or fired. If you want to go, you're always able. Now we've got [guitarist] Dario Lorina in the band, and not only is he a kick-ass guitar player who can shred, but he's also a really cool dude.

How did you hook up with Dario?

We never do a cattle call or anything like that. With the amount of awesome players I know, it's more of a word-of-mouth kind of thing. I had him come out to the Vatican to meet him, and afterwards I said, "Cool. If you want to do it, you're in." It was as simple as that.

Will you be touring to support the album?

Without a doubt. When the album comes out in April, we'll be rolling for probably the next year and a half.

What excites you the most about the next chapter of BLS?

I love the whole process for each new album. The writing, the touring, everything. For me, it never gets old.

What can you tell us about your upcoming "Evening with Zakk Wylde" Canadian tour?

It's kind of like music meets George Carlin on steroids [laughs]. It'll be Uncle Zakk sitting around the campfire with the rest of the Black Label family and telling a bunch of goofy-ass stories from the book. And with the music business, you don't even really have to write these stories. They just happen. We’ll have the piano and the acoustic with us, which is a whole different thing from when we're firing up the Marshalls and the Walls of Doom.

Which performance style do you prefer?

I love them both. Just like I love [Led Zeppelin's] "Going to California" and I love "Black Dog."

What are your thoughts on Black Sabbath getting a Grammy nomination?

I think it's great. But I remember Ozzy said, "I'm kind of shocked and don't know quite how to take it." I remember saying, "Why's that, Ozz?" And he goes, "Because they actually LIKE us!"[laughs].

What would say was your greatest gig with Ozzy?

That first show I did with him in the prison, Wormwood Scrubs. Then there's the Moscow Peace Festival and the first arena tour we did in Pensacola, Florida. It was the first arena I had ever played. You've got to remember, up to that point I was always seeing Ozzy on the "other side" by being in the audience. Suddenly, here I was up on the stage with him. It felt like being the contest winner of doom getting the chance to jam with my hero.

For more information, visit blacklabelsociety.com. And be sure to check out the February 2014 issue of Guitar World, which features a new interview with Wylde.

James Wood is a writer, musician and self-proclaimed metalhead who maintains his own website, GoJimmyGo.net. His articles and interviews are written on a variety of topics with passion and humor. You can follow him on Twitter @JimEWood. 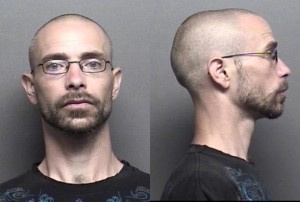